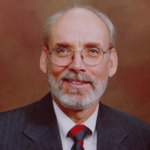 Dan Dana is the original founder of MTI, and now serves on the board of directors for MTI. Holding the Ph.D. in psychology, Dan served for several years as a professor of organizational behavior at the University of Hartford (Connecticut) Graduate School of Business and has held faculty appointments at Syracuse University and several other institutions. (A former student once called him “Doctor Conflict,” and the moniker stuck!)